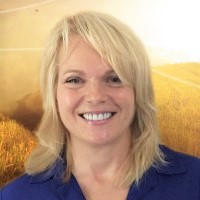 Val Mathews
Break Writers Block: Give Your Creativity a Kick in the Pants!

Writers often ask each other, “How many words did you get down today?” Do you want to be able to smile and say, “Two thousand words?”

In this interactive workshop, you’ll learn fun tools to jump-start your writing day, prevent the blank-page stare, and make your writing pop. These tools will kick your creativity in the pants so you can write more, publish more, and live the writer’s life. This workshop is hands-on fun! Plus, a chance to win door prizes from The Wild Rose Press.

Val Mathews returns to our conference as an acquisitions editor at The Wild Rose Press, the kinder and gentler publishing house in New York.

Val’s a Georgia girl! She earned a Master of Arts in Professional Writing from Kennesaw State University and a Bachelor of Fine Arts from the University of Georgia. She lives in Athens, Georgia, and stays active in the writing community. https://twitter.com/EditorVMathews 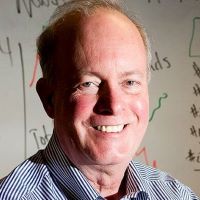 Things have changed! What used to work in the business of writing no longer holds true. This presenter will review the changes and innovations that have transformed the way we get the word out, and how to navigate this new world.

John Greenman retired last year as Professor and Carter Chair of Journalism at Henry Grady School of Journalism, University of Georgia. He served as president and publisher of the Columbus Ledger-Enquirer, 1995-2004. Before that, he was part of the team at Akron Beacon Journal that won a Pulitzer Prize for local reporting. 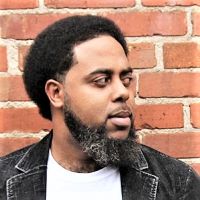 Jonathan is a spoken-word artist, writer, comedian, actor, and playwright from Columbus, GA. A teaching artist, he travels the country leading poetry workshops and performing his original work.

With support from Alternate ROOTS, he most recently penned and staged the one-man show, “Journey Here”, which chronicled his life as a writer/performer, black man, teaching artist, and caregiver for his mother who lived with Alzheimer’s. He published a chapbook of his work entitled “A Whole Notha Kinda Missing,” available at Amazon.com. His comedic performances can be seen on YouTube.

His poetry has been featured on the digital platforms of Write About Now and All Def Poetry. He most recently was a featured performer on “The Golden Mic” hosted by Sunni Patterson on The Congo Television Network. He was a 2018 recipient of The Columbus & The Valley Magazine’s “5 under 40” award, recognizing Five local leaders who have excelled in their fields.

He currently serves as the founder/director of the Fountain City Teen Poetry Slam, an organization that inspires youth to use their creativity as a positive outlet in their daily lives. 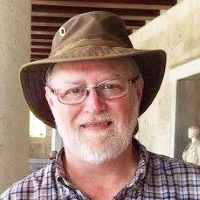 Marc Jolley: Getting a Publisher in the 21st Century

The world of publishing has undergone a seismic shift. Learn what writers need to do to stay on top of this new world.

Marc Jollley, PhD directs Mercer University Press which publishes authors from across the United States and abroad. The Press seeks and acquires manuscripts that contribute to the advancement of knowledge in the humanities with a focus on history, philosophy, religion, literature, and Southern culture. 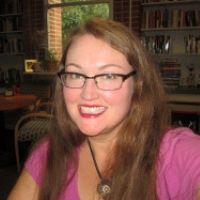 This class is for all lovers of the written word, poets and non-poets alike, who want their writing to encompass a myriad of forms and methods.

JC enjoys the peril of writing across genre. She has work published in Poetry International Online, Dandelion Review, Kaaterskill Basin Literary Journal, the South Carolina Review, and Grubb Street, among others. Her Southern Gothic novel-in-verse, What Magick May Not Alter, is forthcoming from Madville Publishing. 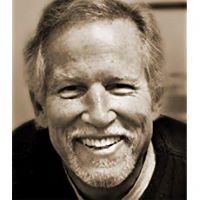 John Warley
The Writing Process in the Memoir

Everyone has a story. This class is targeted for those who want to write a memoir, fictional piece, or non-fiction narrative about an event or situation specific to their life. It takes something special to turn an idea or a thought into a piece of writing that inspires and moves. John Warley will help you structure your moves into a process that will transform your output.

John Warley was a Citadel classmate of Pat Conroy, which led to a life-long friendship, and eventually, a writing mentorship with one of the country’s greats.

Warley focuses on books relevant to his life, including “Southern Girl,” about an adopted Korean orphan growing up among Charleston, SC bluebloods; and recently, the non-fiction “Stand Forever, Yielding Never, The Citadel in the 21st Century.” 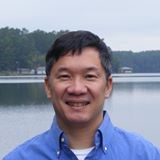 Dr. Allen Gee, CSU’s Donald L. Jordan Endowed Professor in Creative Writing, will share the university’s plans to turn Columbus into a hub for writers. It has started already, with the Donald L. Jordan Prize for Literary Excellence, an annual $10,000 prize for unpublished works.
This seminar will explain the conferences, classes, contests, and support soon to be available.

Allen is currently completing a novel, The Iron Road, that chronicles the lives of Chinese railroad workers building the Central Pacific line in 1866. He’s taught from 2004-2018 at Georgia College where he served as coordinator for the Creative Writing program’s undergraduate concentration and the M.F.A. program, as well as directing the college’s visiting writers series.